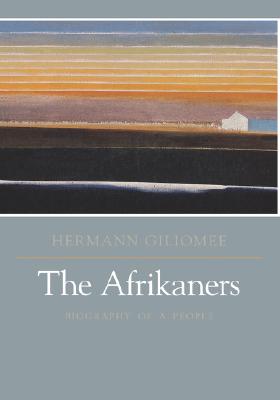 This book is a biography of the Afrikaner people. A historian and journalist who was one of the earliest and staunchest Afrikaner opponents of apartheid, Hermann Giliomee weaves together life stories and historical interpretation to create a narrative history of the Afrikaners from their beginnings with the colonization of the Cape of Good Hope by the Dutch East India Company to the dismantling of apartheid and beyond. The Afrikaners emphasizes the crucial role played by historical actors without underplaying the impact of social forces over which they had little control. Throughout their history, Giliomee's Afrikaners are both colonizers and colonized. Actual or virtual servants of the Dutch East India Company, the Dutch "burghers" nonetheless owned slaves and commanded servant labor. The British conquests of 1795 and 1806 extended the rights of British subjects to Afrikaners, even as they took away the Afrikaners' political autonomy and confirmed an economic and cultural subordination that was only partly alleviated by their dominance of South African politics in the latter part of the twentieth century.

Demographically squeezed between far more numerous Africans (and other nonwhite groups) and their more affluent and culturally confident English compatriots, the Afrikaners forged a language-based national identity in which die-hard defense of privilege and opposition to various forms of British domination are inextricably intertwined with fears about cultural and even physical group survival. This nationalism underlay the Great Trek, in which Afrikaners opposed the abolition of slavery and legalized racial discrimination by the British; the irony of their becoming the twentieth century's first fighters against imperial domination in the Boer War; and the Afrikaners' rise to political dominance over their English rivals and nonwhite South Africans alike, even as they remained economically and culturally subordinate to the former. This same language-based nationalism spawned the blunders and horrors of apartheid, but it also led the Afrikaners to relinquish power peacefully when this seemed the safest route to their survival as a people.

While documenting--and in important ways revising--the history of the Afrikaners' pursuit of racial domination (as well as British contributions to that enterprise), Giliomee supplies Afrikaners' own, often divided, perspectives on their history, perspectives not always or entirely skewed by their struggle for privilege at Africans' expense. The result is not only a magisterial history of the Afrikaners but a fuller understanding of their history, which, for good or ill, resonates far beyond the borders of South Africa.