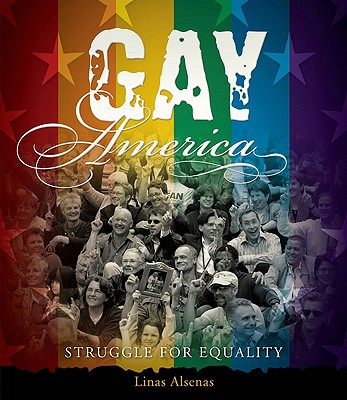 "Milestones of gay and lesbian life in the United States are brought together in the first-ever nonfiction book published specifically for teens." Profusely illustrated with archival images, the groundbreaking "Gay America "reveals how gay men and women have lived, worked, and loved for the past 125 years. Gays and lesbians play a very prominent role in American life today, whether grabbing headlines over political gains, starring in and being the subject of movies and television shows, or filling the streets of nearly every major city each year to celebrate Gay Pride. However, this was not always the case, and this book charts their journey along with the history of the country. First touching on colonial times, the book moves on to the Victorian period and beyond, including such historical milestones as the Roaring '20s, the Kinsey study, the McCarthy witch hunts of the 1950s, the Beat generation, Stonewall, disco, AIDS, and present-day battles over gay marriage. Providing a sense of hope mixed with pride, author Linas Alsenas demonstrates how, within one century, gay women and men have gone from being socially invisible to becoming a political force to be reckoned with and proud members of the American public living openly and honestly. The book includes a bibliography and an index.