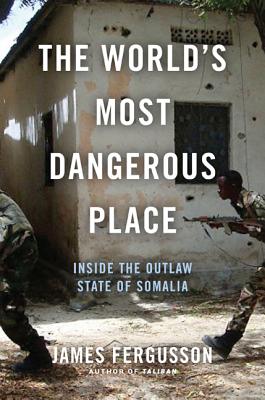 Although the war in Afghanistan is now in its endgame, the West's struggle to eliminate the threat from Al Qaeda is far from over. A decade after 9/11, the war on terror has entered a new phase and, it would seem, a new territory. In early 2010, Al Qaeda operatives were reportedly "streaming" out of central Asia toward Somalia and the surrounding region.
Somalia, now home to some of the world's most dangerous terrorists, was already the world's most failed state. Two decades of anarchy have spawned not just Islamic extremism but piracy, famine, and a seemingly endless clan-based civil war that has killed an estimated 500,000, turned millions into refugees, and caused hundreds of thousands more to flee and settle in Europe and North America.
What is now happening in Somalia directly threatens the security of the world, possibly more than any other region on earth. James Fergusson's book is the first accessible account of how Somalia became the world's most dangerous place and what we can--and should--do about it.

Title: World's Most Dangerous Place: Inside the Outlaw State of Somalia