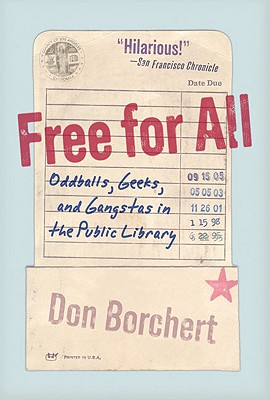 Not long ago, the public library was a place for the bookish, the eggheaded, and the studious--often seeking refuge from a loud, irrational, crude, outside world. Today, libraries have become free-for-all entertainment complexes filled with rowdy teens, deviants, drugs, and even sex toys. Lockdowns and chaperones are often necessary. What happened? Don Borchert was a short-order cook, door-to-door salesman, telemarketer, and Christmas-tree-chopper before landing a job in a California library. He never could have predicted his encounters with the colorful kooks, touching adolescents, threatening bullies, and tricksters who fill the pages of this hilarious memoir. Borchert offers readers a ringside seat for the unlikely spectacle of mayhem and absurdity that is business as usual at the public library--cops bust drug dealers who've set up shop in the men's restroom, a burka-wearing employee suffers a curse-ridden nervous breakdown, and a lonely, neglected kid who grew up in the library and still sends postcards to his surrogate parents--the librarians. In fact, from the first page of this comic debut to the last, you'll learn everything about the world of the modern-day library that you never expected.

Title: Free For All