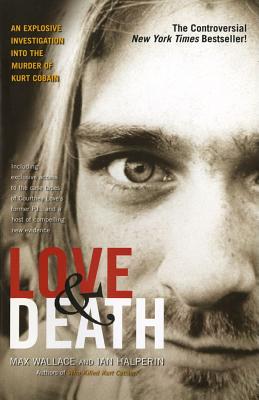 A chilling, groundbreaking investigation into the death of one of the great rock icons of our times -- including exclusive access to the case tapes of Courtney Love's former P.I., and a host of compelling new evidence.
On Friday, April 8, 1994, a body was discovered in a room above a garage in Seattle. For the attending authorities, it was an open-and-shut case of suicide. What no one knew then, however, is that the deceased -- Kurt Cobain, the superstar frontman of Nirvana -- had been murdered. Drawing on case tapes made by a P.I. hired by Courtney Love when her husband escaped from drug rehab and went missing -- and on new forensic evidence and police reports obtained under the Freedom of Information Act -- "Love & Death" explodes the long-standing theory that Kurt Cobain took his own life.
Award-winning investigative journalists Max Wallace and Ian Halperin have conducted a ten-year crusade for the truth, and in "Love & Death" they present a stunning, convincing argument that the whole truth has yet to be revealed.