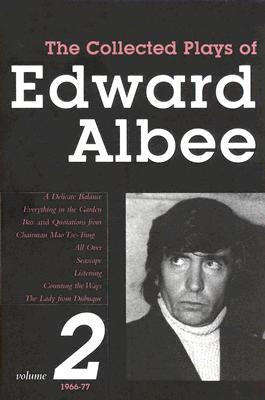 The Overlook Press is proud to announce publication of volume two of the three-volume collection of all of Edward Albee's plays, many of which have been out of print for years. This volume contains the nine plays written by Albee from 1966 through 1977. These range from the Pulitzer Prize-winning A Delicate Balance to the brilliant and complex short plays. Box and Quotations from Chairman Mao Tse-Tung to his second Pulitzer Prize-winning play, Seascape, to the scintillating one-act comedy Counting the Ways (recently revived off-Broadway to great acclaim), and closing with the controversial Lady from Dubuque, which was hailed by Time magazine as "a major work ... Albee's best since Who's Afraid of Virginia Woolf?" An introduction by Albee accompanies the plays, providing bold new insights into these works.