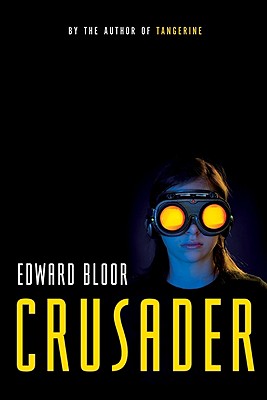 Edward Bloor's award-winning novel grabs readers by the collar on the first page and never lets go. Tangerine, Florida--once known for its citrus groves--is now an uninhabitable quagmire of muck fires and school-swallowing sinkholes. Still, twelve-year-old Paul sees the move as a way to start anew, maybe even make a name for himself in middle school soccer--despite his father's obsession with his high-school-age brother Erik's future in football. Paul is visually impaired (without his Coke bottle glasses), but it's everyone else who seems to be blind to Erik's dangerous nature. Written as a series of Paul's journal entries, "Tangerine" is a gut-wrenching coming-of-age novel about truth, memory, culture, courage, social consciousness, classism, the environment . . . and soccer. Paul is a character well worth cheering for. Underdogs of the world, unite