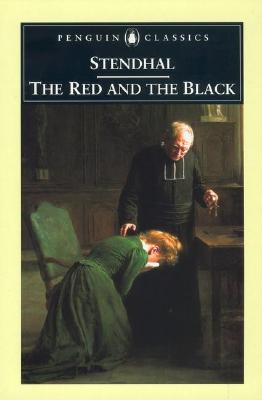 Charts the rise and fall of an ambitious young social climber in a cruel, monarchical society

Handsome, ambitious Julien Sorel is determined to rise above his humble provincial origins. Soon realizing that success can only be achieved by adopting the subtle code of hypocrisy by which society operates, he begins to achieve advancement through deceit and self-interest. His triumphant career takes him into the heart of glamorous Parisian society, along the way conquering the gentle, married Madame de R nal, and the haughty Mathilde. But then Julien commits an unexpected, devastating crime--and brings about his own downfall. The Red and the Black is a lively, satirical portrayal of French society after Waterloo, riddled with corruption, greed and ennui, and Julien--the cold exploiter whose Machiavellian campaign is undercut by his own emotions--is one of the most intriguing characters in European literature. Roger Gard's fine translation remains faithful to the natural, conversational tone of the original, while his introduction elucidates the complexities of Julien's character. This edition also contains a chronology, further reading and an appendix on Stendhal's use of epigraphs. For more than seventy years, Penguin has been the leading publisher of classic literature in the English-speaking world. With more than 1,700 titles, Penguin Classics represents a global bookshelf of the best works throughout history and across genres and disciplines. Readers trust the series to provide authoritative texts enhanced by introductions and notes by distinguished scholars and contemporary authors, as well as up-to-date translations by award-winning translators.

Title: Red and the Black