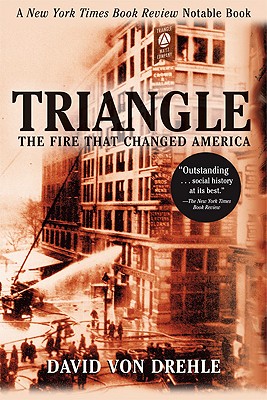 "Sure to become the definitive account of the fire. . . . Triangle is social history at its best, a magnificent portrayal not only of the catastrophe but also of the time and the turbulent city in which it took place." --The New York Times Book Review

Triangle is a poignantly detailed account of the 1911 disaster that horrified the country and changed the course of twentieth-century politics and labor relations. On March 25, 1911, as workers were getting ready to leave for the day, a fire broke out in the Triangle Shirtwaist factory in New York's Greenwich Village. Within minutes it spread to consume the building's upper three stories. Firemen who arrived at the scene were unable to rescue those trapped inside: their ladders simply weren't tall enough. People on the street watched in horror as desperate workers jumped to their deaths. The final toll was 146 people--123 of them women. It was the worst disaster in New York City history. Triangle is a vibrant and immensely moving account that Bob Woodward calls, "A riveting history written with flare and precision."