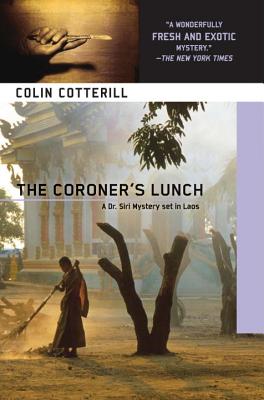 This series kickoff is an embarrassment of riches: Holmesian sleuthing, political satire, and a] droll comic study of a prickly late bloomer. Kirkus Reviews (starred review)
The sights, smells, and colors of Laos practically jump of the pages of this inspired, often wryly witty first novel. Denver Post
A wonderfully fresh and exotic mystery. . . . If Cotterill . . . had done nothing more than treat us to Siri s views on the dramatic, even comic crises that mark periods of government upheaval, his debut mystery would still be fascinating. But the multiple cases spread out on Siri s examining table . . . are not cozy entertainments, but substantial crimes that take us into the thick of political intrigue. The New York Times Book Review
In Siri, Cotterill has created a detective as distinctive as Maigret or Poirot. Orlando Sentinel
The Soho Press crime series . . . has done mystery connoisseurs everywhere a favor by adding Colin Cotterill to its publishing list. The author gives us exotic locations; a world that few of us know well; crisp, intelligent, and often-witty writing; and, most of all, a hero unlike any other. The Philadelphia Inquirer
Laos, 1975. The Communist Pathet Lao has taken over this former French colony. Dr. Siri Paiboun, a 72-year-old Paris-trained doctor, is appointed national coroner. Although he has no training for the job, there is no one else; the rest of the educated class has fled.
He is expected to come up with the answers the party wants. But crafty and charming Dr.Siri is immune to bureaucratic pressure. At his age, he reasons, what can they do to him? And he knows he cannot fail the dead who come into his care without risk of incurring their boundless displeasure. Eternity could be a long time to have the spirits mad at you.
For more information, visit www.colincotterill.com"