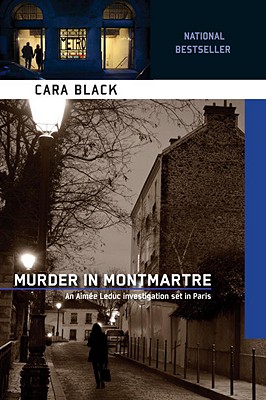 Parisian P.I. Aim e Leduc strives to clear the name of a childhood friend, now a policewoman, who's charged with shooting her partner

Aim e Leduc is having a bad day. First, she comes home from work at her Paris detective agency to learn that her boyfriend is leaving her. She goes out for a drink with her friend Laure, a police officer, but Laure's patrol partner, Jacques, interrupts, saying he needs to talk to Laure urgently. The two leave the bar, and when they don't return, Aim e follows Laure's path and finds her sprawled on a snowy rooftop, not far from Jacques, who is bleeding from a fatal gunshot wound. When the police arrive, they arrest Laure for murder. No one is interested in helping Aim e figure out the truth. As she chases down increasingly dangerous leads in the effort to free her friend, Aim e stumbles into a web of Corsican nationalists, separatists, gangsters, and artists. Could Jacques's murder and Laure's arrest be part of a much bigger cover-up?