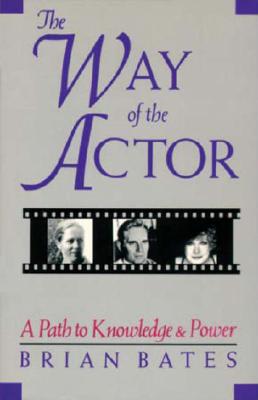 For thousands of years, in traditional societies around the world, actors were seen as the guardians of intuitive wisdom, and the way of the actor was a path to knowledge and power. Brian Bates believes that this is still the case today -- that actors and actresses fulfill an important function in our culture as modern-day seers and shamans. He portrays the actor as a creator of visions who transports spectators out of their habitual ways of being and leads them on a journey of self-discovery. Personal magnetism and charisma, intense body awareness, and psychic sensitivity are among the special powers that contribute to the actor's mystique.

Citing the observations and experiences of over thirty famous performers -- including Meryl Streep, Marlon Brando, Glenda Jackson, Liv Ullmann, Jack Nicholson, and Shirley MacLaine -- the author also draws on extensive research in science, psychology, parapsychology, and Eastern and Western mysticism to explore the significance of the dramatic art. He not only shows how the magical world of stage and screen mirrors our lives, but also reveals how actors and actresses point the way to self-transformation for everyone. For, as he writes, "the way of the actor is not an esoteric discipline divorced from everyday life. It is everyday life, heightened and lived to the full, with an awareness of powers beyond understanding."

Title: Way of the Actor, The: A Path to Knowledge & Power