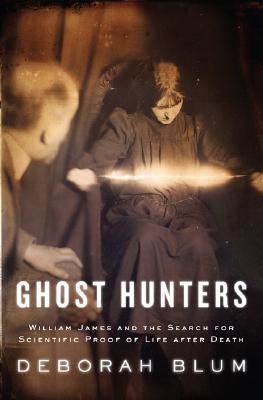 What if a world-renowned professor of psychology at Harvard University, a doctor and scientist acclaimed as one of the leading intellects of the time, suddenly announced that he believed in ghosts? At the close of the nineteenth century, to great public and professional astonishment, William James-the great philosopher, a founder of the American Psychological Association and brother of Henry James-did just that and embarked on a determined, lifelong pursuit of scientific evidence to prove it.
James came together with two other brilliant and charismatic thinkers of the day-Richard Hodgson, a converted skeptic, and James Hyslop, a natural grandstander who would often visit mediums unannounced, a hooded mask covering his face-to form the core of the American Society for Psychical Research. They eventually merged with the British Society for Psychical Research, adding to the group the Cambridge philosopher Henry Sidgwick and his tiny, ferociously smart wife Eleanor, as well as the mythically handsome Edmund Gurney and others. While studies of ESP and ghostly visitations have occurred since the days of the society, at no other time have scientists of the caliber of James and his colleagues devoted themselves in such an ambitious and driven way for evidence of a life beyond. James and his band of brothers staked their reputations, their careers, even their sanity, on one of the most extraordinary (and entertaining) psychological quests ever undertaken, a quest that brought its followers right up against the limits of science.
This riveting book is about the investigation of the ghost stories-the instances of supernatural phenomena that could not be explained away-and it is about the courage and conviction of William James and his colleagues to study science with an open mind. At the heart of the story is the ongoing tension between empiricism and spiritualism-between a way of explaining the world that is grounded in the purely tangible and a way that is grounded in a mixture of the evident and the hidden. Pulitzer Prize-winning author Deborah Blum uses her extraordinary storytelling skills and scientific insight to explore nothing less than the nexus of science and religion. It is a territory as fascinating to us now as it was to William James and his colleagues then.