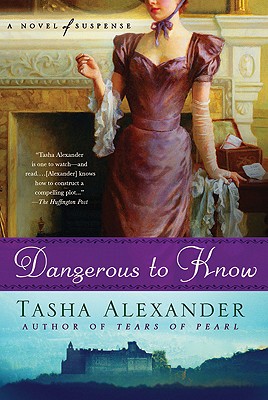 Set in the lush countryside of Normandy, France, this new novel of suspense featuring Lady Emily Hargreaves is filled with intrigue, romance, mysterious deaths, and madness.

Returning from her honeymoon with Colin Hargreaves and a near brush with death in Constantinople, Lady Emily convalesces at her mother-in-law's beautiful estate in Normandy. But the calm she so desperately seeks is shattered when, out riding a horse, she comes upon the body of a young woman who has been brutally murdered. The girl's wounds are identical to those inflicted on the victims of Jack the Ripper, who has wreaked havoc across the channel in London. Emily feels a connection to the young woman and is determined to bring the killer to justice.

Pursuing a trail of clues and victims to the beautiful medieval city of Rouen and a crumbling ch teau in the country, Emily begins to worry about her own sanity: She hears the cries of a little girl she cannot find and discovers blue ribbons left in the child's wake. As Emily is forced to match wits with a brilliant and manipulative killer, only her courage, keen instincts, and formidable will to win can help her escape becoming his next victim.