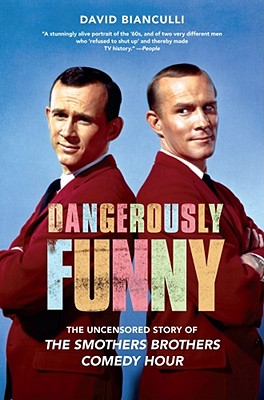 Now in paperback, a rollicking history of the rise and fall of The Smothers Brothers Comedy Hour --"A stunningly alive portrait of the 1960s and of two very different men who 'refused to shut up' and thereby made TV history" (People).

A dramatic behind-the-scenes look at the rise and fall of The Smothers Brothers Comedy Hour--the provocative, politically charged program that shocked the censors, outraged the White House, and forever changed the face of television. Decades before The Daily Show, The Smothers Brothers Comedy Hour proved there was a place on television for no-holds-barred political comedy with a decidedly antiauthoritarian point of view. Censorship battles, mind-blowing musical performances, and unforgettable sketches defined the show and its era. In this compelling history, veteran entertainment journalist David Bianculli draws on decades worth of original research, including extensive interviews with Tom and Dick Smothers and dozens of other key players, to tell the fascinating story of the show's three-year network run--and the cultural impact that's still being felt today.