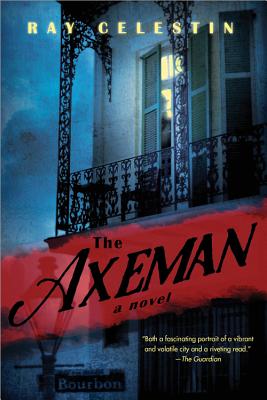 The Axeman stalks the streets of New Orleans...

In a town filled with gangsters, voodoo, and jazz trumpets sounding from the dance halls, a sense of intoxicating mystery often beckons from the back alleys. But when a serial killer roams the sultry nights, even the corrupt cops can't see the clues. That is, until a letter from the Axeman himself is published in the newspaper, proclaiming that any home playing jazz music will be spared in his next attack.

Such brass invites a chase, and not just from the cryptic detective running the show. The New Orleans of 1919 is a place like no other, where the corruption runs deep and the bourbon rolls smooth, and control of this city is a prize only a fool would give up. Based on a true story, The Axeman brings to life the vibrant, volatile New Orleans of the Jazz Age, filled with as much desperate ambition as utter fear.