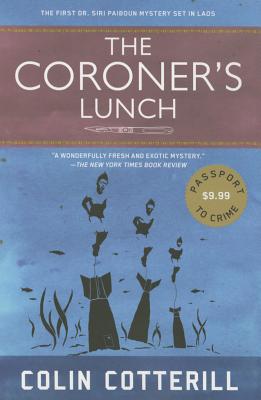 Laos, 1978: Dr. Siri Paiboun, a 72-year-old medical doctor, has unwillingly been appointed the national coroner of the new socialist Laos. His lab is underfunded, his boss is incompetent, and his support staff is quirky, to say the least. But Siri's sense of humor gets him through his often frustrating days. When the body of the wife of a prominent politician comes through his morgue, Siri has reason to suspect the woman has been murdered. To get to the truth, Siri and his team face government secrets, spying neighbors, victim hauntings, Hmong shamans, botched romances, and other deadly dangers. Somehow, Siri must figure out a way to balance the will of the party and the will of the dead.