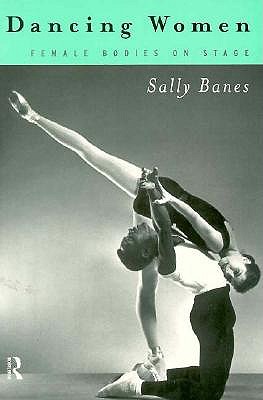 Dancing Women: Female Bodies Onstage is a spectacular and timely contribution to dance history, recasting canonical dance since the early nineteenth century in terms of a feminist perspective. Setting the creation of specific dances in socio-political and cultural contexts, Sally Banes shows that choreographers have created representations of women that are shaped by - and that in part shape - society's continuing debates about sexuality and female identity.
Broad in its scope and compelling in its argument Dancing Women:
* provides a series of re-readings of the canon, from Romantic and Russian Imperial ballet to contemporary ballet and modern dance
* investigates the gaps between plot and performance that create sexual and gendered meanings
* examines how women's agency is created in dance through aspects of choreographic structure and style
* analyzes a range of women's images - including brides, mistresses, mothers, sisters, witches, wraiths, enchanted princesses, peasants, revolutionaries, cowgirls, scientists, and athletes - as well as the creation of various women's communities on the dance stage
* suggests approaches to issues of gender in postmodern dance
Using an interpretive strategy different from that of other feminist dance historians, who have stressed either victimization or celebration of women, Banes finds a much more complex range of cultural representations of gender identities.