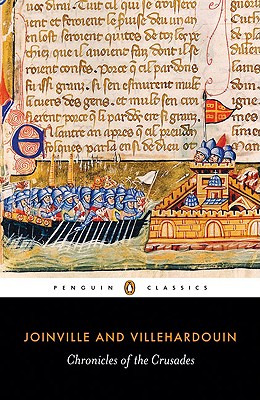 Two famous, firsthand accounts of the holy war in the Middle Ages translated by Caroline Smith

Originally composed in Old French, the two chronicles brought together here offer some of the most vivid and reliable accounts of the Crusades from a Western perspective. Villehardouin's Conquest of Constantinople, distinguished by its simplicity and lucidity, recounts the controversial Fourth Crusade, which descended into an all-out attack on the E astern Christians of Byzantium. In Life of Saint Louis, Joinville draws on his close attachment to King Louis IX of France to recall his campaigning in the Holy Land. Together these narratives comprise a fascinating window on events that, for all their remoteness, offer startling similarities to our own age. For more than seventy years, Penguin has been the leading publisher of classic literature in the English-speaking world. With more than 1,700 titles, Penguin Classics represents a global bookshelf of the best works throughout history and across genres and disciplines. Readers trust the series to provide authoritative texts enhanced by introductions and notes by distinguished scholars and contemporary authors, as well as up-to-date translations by award-winning translators.