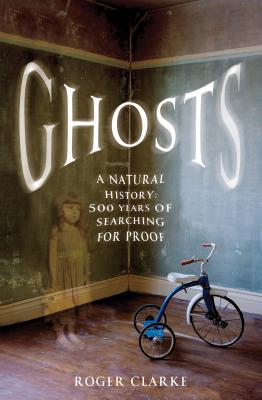 "Roger Clarke tells this the story that inspired Henry James' The Turn of the Screw] and many other gloriously weird stories with real verve, and also a kind of narrative authority that tends to constrain the skeptical voice within... an] erudite and richly entertaining book." --New York Times Book Review

"Is there anybody out there?" No matter how rationally we order our lives, few of us are completely immune to the suggestion of the uncanny and the fear of the dark. What explains sightings of ghosts? Why do they fascinate us? What exactly do those who have been haunted see? What did they believe? And what proof is there?

Taking us through the key hauntings that have obsessed the world, from the true events that inspired Henry James's classic The Turn of the Screw right up to the present day, Roger Clarke unfolds a story of class conflict, charlatans, and true believers. The cast list includes royalty and prime ministers, Samuel Johnson, John Wesley, Harry Houdini, and Adolf Hitler. The chapters cover everything from religious beliefs to modern developments in neuroscience, the medicine of ghosts, and the technology of ghosthunting. There are haunted WWI submarines, houses so blighted by phantoms they are demolished, a seventeenth-century Ghost Hunter General, and the emergence of the Victorian flash mob, where hundreds would stand outside rumored sites all night waiting to catch sight of a dead face at a window.

Written as grippingly as the best ghost fiction, A Natural History of Ghosts takes us on an unforgettable hunt through the most haunted places of the last five hundred years and our longing to believe.

Title: Ghosts: A Natural History: 500 Years of Searching for Proof