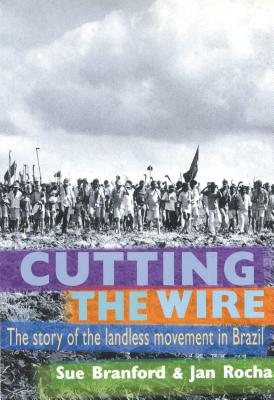 Access to land is one of the key issues for developing countries--and Brazil has one of the most inequitable land distributions in the world, with vast tracts of land held by often absentee landowners. Meanwhile thousands of peasants live in marginal lands in cities and rural areas. The Brazilian Landless Workers' Movement (MST) has proved a huge success with the disenfranchised rural and urban poor in Brazil--becoming one of the largest social movements in the world. Cutting the Wire is the first account in English of the origins, history and current challenges faced by Brazil's poor majority. The authors have traveled the vast expanse of the country to record the words and actions of hundreds of activists who have taken their lives into their own hands. "Cutting the Wire" is how the MST describes the act of occupying the land, the cornerstone of their movement. It is the baptism of fire for the militant, an essential part of their identity and it plays a key role in the mistica, the moment of collective ritual that kicks off all MST events. Cutting the Wire is the story of the MST told in their own words, in vivid first-hand accounts of a continuing struggle.

Title: Cutting The Wire: The Story of the Landless Movement in Brazil