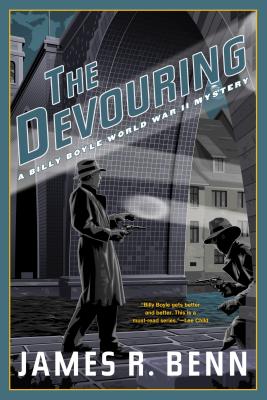 A murder in wartime Switzerland reveals Swiss complicity with the Nazis in World War II, and US Army detective Billy Boyle is called to investigate.

Europe, 1944: Captain Billy Boyle and his friend Lieutenant Piotr "Kaz" Kazimierz are sent to neutral Switzerland to work with the Office of Strategic Services (OSS), investigating Swiss banks that are laundering looted Nazi gold. The US and Swiss governments are about to embark on diplomatic discussions regarding the Safehaven Protocols, aimed at limiting the amount of war materials exported by Switzerland to the Nazis, stemming the tide of looted gold, and preventing postwar use of Nazi wealth by war criminals. With the talks about to begin and the Gestapo ever present, the OSS wants Billy and Kaz to protect the participants, which turns out to be a very deadly task. The plans go wrong from the beginning when Billy and Kaz crashland in France. As they make their way through occupied territory to the border, they meet Anton Lasho, a member of the Sinti ethnic group, whose family was slaughtered by the Nazis, and who is, in turn, a one-man Nazi-killing machine. They'll need his help, because as they find once they make it across the border, Swiss banks are openly laundering gold "harvested" from concentration camps, and those who are profiting will do everything they can to protect their wealth and hide their dark secrets.