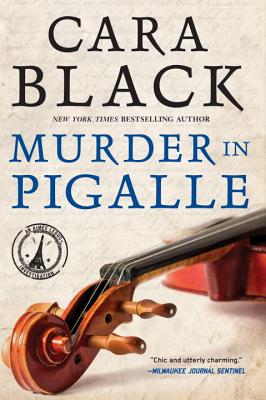 June, 1998: Paris's sticky summer heat is even more oppressive than usual as rowdy French football fans riot in anticipation of the World Cup. Private investigator Aim e Leduc has been trying to slow down her hectic lifestyle--she's five months pregnant and has the baby's well-being to think about now. But then disaster strikes close to home. A serial rapist has been terrorizing Paris's Pigalle neighborhood, following teenage girls home and attacking them in their own houses. Zazie, the 13-year-old daughter of the proprietor of Aim e's favorite caf , has disappeared. The police aren't mobilizing quickly enough, and when Zazie's desperate parents approach Aim e for help, she knows she couldn't say no even if she wanted to.