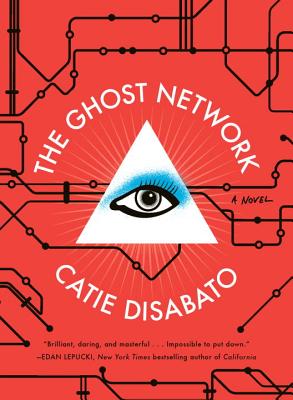 Has the world's hottest pop star been kidnapped, joined a secret sect, or simply gone into hiding? The answer lies in the abandoned subway stations of Chicago . . .

One minute insanely famous pop singer Molly Metropolis is on her way to a major performance in Chicago, and the next, she's gone.

A journalist who's been covering Molly joins the singer's personal assistant in an increasingly desperate search to find her, guided by a journal left behind in her hotel room, and possible clues hidden in her songs--all of which seem to point to an abandoned line in the Chicago subway system. It leads them to a map of half-completed train lines underneath Chicago, which in turn leads them to the secret, subterranean headquarters of an obscure intellectual sect--and the realization that they've gone too far to turn back. And if a superstar can disappear without a trace . . . what can happen to these young women? Suspenseful and wildly original, The Ghost Network is a novel about larger-than-life fantasies--of love, sex, pop music, amateur detective work, and personal reinvention. Debut novelist Catie Disabato bursts on the scene with an ingeniously plotted, witty, haunting mystery.