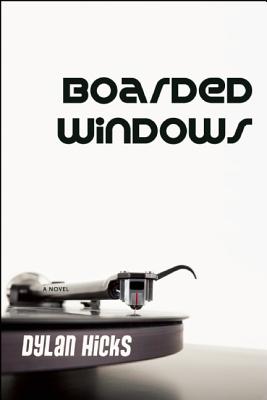 "Do yourself a favor and read this smart, tender book. The characters will haunt you with their longing and inspire you with their sweet, caustic wit. Dylan Hicks knows his music and his prose is a song in itself."--Sam Lipsyte

Wade Salem is a charismatic aesthete, drug dealer, and journeyman country musician. He's also a complicated father figure to this novel's narrator, whose cloudy childhood becomes both clearer and more confusing through Wade's stories, jokes, and lectures. Through the eyes of a keenly observant, underemployed record collector, Wade emerges as a sly, disruptive force, at once seductive and maddening.

Shifting between flashbacks from the seventies and nineties, Boarded Windows is a postmodern orphan story that explores the fallibility of memory and the weight of our social and cultural inheritance. Stylistically layered and searchingly lonesome, Dylan Hicks' debut novel captures the music and mood of the fading embers of America's boomer counterculture.

Dylan Hicks is a songwriter, musician, and writer. His work has appeared in The Village Voice, The New York Times, Star Tribune, City Pages, and Rain Taxi, and he has released three CDs under his own name. A fourth, Sings Bolling Greene, is a soundtrack to this novel and will be released in May 2012. He lives in Minneapolis, Minnesota, with his wife Nina Hale and his son Jackson. This is his first novel.