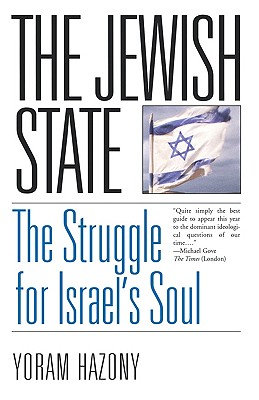 In what may be the most controversial book on Zionism and Israel published in the last twenty years, Yoram Hazony graphically portrays the cultural and political revolt against Israel's status as the Jewish state. Examining ideological trends in academia, literature, media, law, the armed forces, and the foreign policy establishment, Hazony contends that Israelis are preparing themselves for the final break with the Jewish past and the Jewish future. In a dramatic new reading of Israeli history, Hazony uncovers the story of how Martin Buber, Gershom Scholem, Hannah Arendt, and other German-Jewish intellectuals bitterly fought against the establishment of Israel, and later used the Hebrew University as a base for deposing David Ben-Gurion and discrediting Labor Zionism. The Jewish State is a must-read for anyone concerned with Israel's present and future.