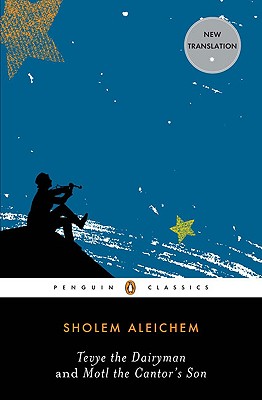 For the 150th anniversary of the birth of the "Jewish Mark Twain,"a new translation of his most famous works

Tevye the Dairyman and Motl the Cantor's Son are the most celebrated characters in all of Jewish fiction. Tevye is the lovable, Bible-quoting father of seven daughters, a modern Job whose wisdom, humor, and resilience inspired the lead character in Fiddler on the Roof. And Motl is the spirited and mischievous nine-year-old boy who accompanies his family on a journey from their Russian shtetl to New York, and whose comical, poignant, and clear-eyed observations capture with remarkable insight the struggles and hopes and triumphs of Jewish immigrants to America at the turn of the twentieth century. For more than seventy years, Penguin has been the leading publisher of classic literature in the English-speaking world. With more than 1,700 titles, Penguin Classics represents a global bookshelf of the best works throughout history and across genres and disciplines. Readers trust the series to provide authoritative texts enhanced by introductions and notes by distinguished scholars and contemporary authors, as well as up-to-date translations by award-winning translators.