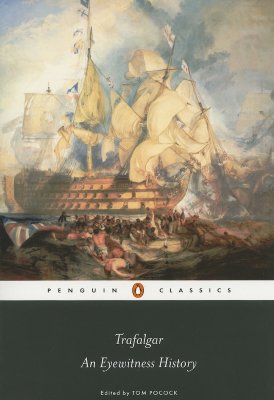 The battle of Trafalgar on 21 October 1805, in which the British fleet routed French and Spanish ships off the coast of Spain, marked the final defeat of Napoleon's plot to invade Britain and made Nelson his nation's greatest hero, even though it cost him his life. This book brings together first-hand accounts of the lead-up to battle, the horrors of the conflict and its aftermath. It is a story told through the letters, diaries and naval documents many previously unpublished of the people who witnessed it, from Nelson and his officers to the crews from both sides. They show sad farewells between sailors and their loved-ones; the pursuit of the French navy; the tension of waiting as the fateful day dawns; carnage and chaos in the heat of the battle as guns fire from all sides; and Nelson's agonizing death on the Victory after being hit by a musket ball. Vivid, exciting and moving, this graphic recreation tells the very human story behind these historic events.