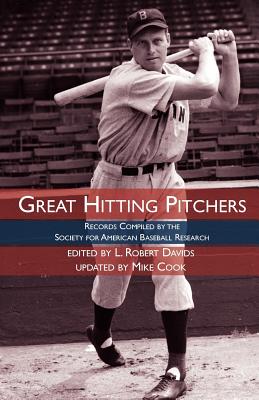 First published in 1979, GREAT HITTING PITCHERS was one of SABR's early publications. Including the contributions of several members of the Society and edited by SABR's founder, Bob Davids, the book compiled together records and anecdotes about pitchers excelling in the batters box. Now updated for 2012, Great Hitting Pitchers has been updated so that all tables include 1979-2012 data, and previous stats have been corrected to reflect the most recent updates in the record books. Joining the original chapters on pitchers hitting grand slams, pitchers' hitting performances in World Series play, and how the pitchers of no-hitters performed at bat in those games, an all-new chapter by Mike Cook explores the top hitting pitchers since 1979, including Mike Hampton, Micah Owings, and CC Sabathia.