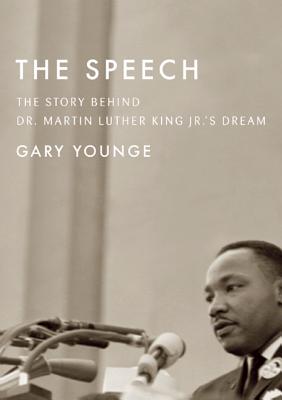 " In] this slim but powerful book . . . Younge is adept at both distilling the facts and asking blunt questions."--Boston Globe

"Gary Younge's meditative retrospection on the speech's] significance reminds us of all the micro-moments of transformation behind the scenes--the thought and preparation, vision and revision--whose currency fed that magnificent lightning bolt in history."--Patricia J. Williams

Gary Younge explains why Martin Luther King Jr.'s "I Have a Dream" speech maintains its powerful social relevance by sharing the dramatic story surrounding it. Fifty years later, "The Speech" endures as a defining moment in the Civil Rights movement and a guiding light in the ongoing struggle for racial equality.

Younge roots his work in new and important interviews with Clarence Jones, a close friend of Martin Luther King Jr. and his draft speechwriter; with Joan Baez, a singer at the march; and with Angela Davis and other leading civil rights leaders. Younge skillfully captures the spirit of that historic day in Washington and offers a new generation of readers a critical modern analysis of why "I Have a Dream" remains America's favorite speech.

Gary Younge is an author, broadcaster, and award-winning columnist for the Guardian, based in Chicago, Illinois. He also writes a monthly column for the Nation magazine and is the Alfred Knobler Fellow for The Nation Institute.