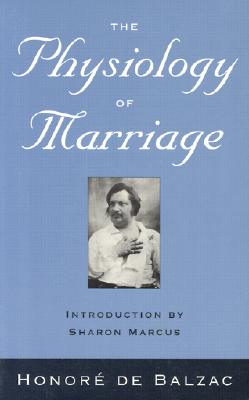 It is well known that Balzac had two literary careers--the first, under a pseudonym, writing blood-and-thunder romance novels and the second, under his own name, as the creator of La Comedie Humaine, the vast chronicle of "contemporary life in all its complexity." But, in between these outpourings of fiction, he wrote a work of nonfiction--The Physiology of Marriage--that brought him his first fame as a writer and introduced his now familiar worldview in which passion is held in check by social advantage and blind innocence is the greatest danger to well-being.

As forgotten today as Stendhal's much more ardent On Love is renown, The Physiology of Marriage coolly examines the economics and power relationships of seduction and love. Balzac proposes that marriage and the selection of a wife be treated as a science, and examines topics ranging from moral education to methods for foiling adulterous relationships. For all of its apparent misogyny, the Physiology is surprisingly evenhanded in its rough treatment of both men and women (and is said to have been written with the collaboration of two women). Though addressed to a male audience, the book's lively attack on the stale institution of marriage made it most popular with women readers of its day.

"'Policy' in marriage consists of taking advantage of all opportunities offered by the laws, by the system of our morals, by force, and by cunning, for preventing your wife from doing the three things that practically constitute the life of love: writing to her lover, seeing him, and speaking to him."--from The Physiology of Marriage