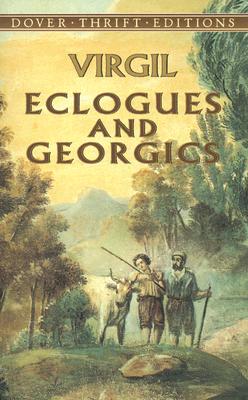 With the Eclogues, Virgil established his reputation as a major poet, and with the Georgics, he created a masterpiece of Latin poetry. Virgil drew upon the tradition of Greek pastoral poetry, importing it into an Italian setting and providing in these two works the model for subsequent European interpretations of the genre.
The Eclogues unfolds in an idyllic landscape, under less-than-tranquil circumstances. Its shepherds tend their flocks amid not only the inner turmoil of unrequited love but also the external pressures of the civil war that followed Julius Caesar's assassination in 44 B.C. Forced from their homes, the dispossessed shepherds voice a heartfelt longing for peace.
Dryden declared the Georgics "the best poem by the best poet," and through the ages, it has been much admired and imitated. A paean to Italy and the country's natural beauty, it rejoices in the values of rustic piety, the pleasures of family life, and the vitality of the Italian people.