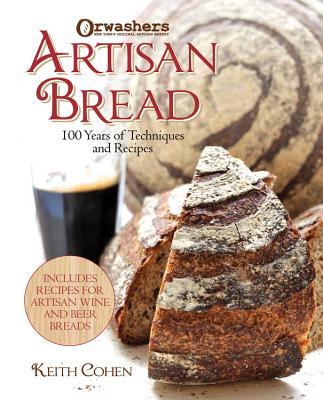 In 2007, Keith Cohen purchased New York's Orwasher's Bakery, listed among the top ten bakeries in America. He launched a new line of Artisan Wine Breads in 2009 under the brand name Oven Artisans. Cohen created his new breads with a wine grape starter in collaboration with Channing Daughters Vineyard in Long Island. The technique used dates all the way back to ancient Egypt, where bakers who were baking bread in the same facility as wine was being fermented discovered that the natural yeast in the air from the fermenting grapes would leaven the bread and give it special flavor. In 2010, Cohen premiered his beer bread--a chewy, dark-hued creation with a nutty, robust flavor that comes from the Otis Stout from Sixpoint Craft Ales that's mixed into the dough. Orwashers Artisan Bread features the techniques used as well as the recipes for Orwasher's most famous breads adapted specifically to facilitate home baking.