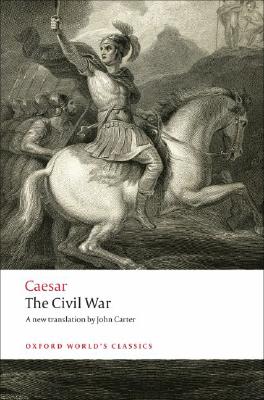 The Civil War is Caesar's masterly account of the celebrated war between himself and his great rival Pompey, from the crossing of the Rubicon in January 49 B.C. to Pompey's death and the start of the Alexandrian War in the autumn of the following year. His unfinished account of the continuing struggle with Pompey's heirs and followers is completed by the three anonymous accounts of the Alexandrian, African, and Spanish Wars, which bring the story down to within a year of Caesar's assassination in March 44 B.C. This generously annotated edition places the war in context and enables the reader to grasp it both in detail and as a whole.

About the Series: For over 100 years Oxford World's Classics has made available the broadest spectrum of literature from around the globe. Each affordable volume reflects Oxford's commitment to scholarship, providing the most accurate text plus a wealth of other valuable features, including expert introductions by leading authorities, voluminous notes to clarify the text, up-to-date bibliographies for further study, and much more.