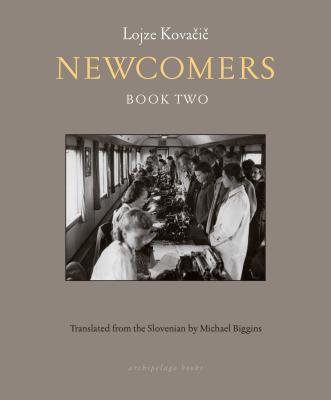 The first volume of this three-part autobiographical series begins in 1938 with the expulsion of the Kovacic family from their home of Switzerland, eventually leading to their settlement in the father's home country of Slovenia. Narrated by Kovacic as a ten-year-old boy, he describes his family's journey with uncanny naivet . Before leaving their home, he imagines his father's home country as something beautiful out of a fairytale, but as they make their way toward exile, he and his family realize that any attempt to make a home in Slovenia will be in vain. Confronted by misery, hunger, and hostility, the young boy refuses to learn Slovenian and falls silent, his surroundings becoming a social, cultural and mental abyss.

Kovačič meticulously, boldly, and sincerely portrays the objective, everyday world; the style is clear and direct. Told from the point of view of a child, one memory is interrupted by fragments and visions of another. Some are innocent and tender, while others are miserable and ruthless, resulting in a profound and heart-wrenching description of a period torn apart by conflict, reflected in the author's powerful and innovative command of language.