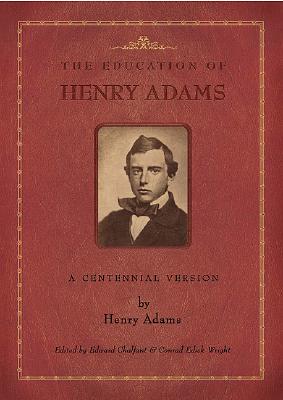 Both a winner of the Pulitzer Prize and at the head of the Modern Library's list of the one hundred best English-language nonfiction books of the twentieth century, The Education of Henry Adams has long been revered as a great work of literature. Written by Adams in the third person, the book became known for founding a new genre best described as "an education"--an account not of life, but of learning. A tireless historian, politician, and traveler, Adams was from first to last a dedicated learner capable of great originality. In this text, Adams uses his background information (such as place of birth, voyage destinations, and alma mater) but little else, placing his protagonist in front of life's various pitfalls with the object of providing those stepping out into the world with the tools they need to handle themselves in the face of adversity. By inventing his own fictional missteps, Adams allows readers to educate themselves on how to approach life's curveballs.

Although The Education of Henry Adams has long been considered a classic, until now the only editions available were those from 1907 and 1918. The former, which appeared in Adams's lifetime, was a private printing of only one hundred copies, containing hundreds of printer's errors and editorial inconsistencies. The latter, printed by the Massachusetts Historical Society and Houghton Mifflin Company after Adams's death in March of 1918, amounted to a wholesale modernization of Adams's work, leaving telling defects, including stylistic inconsistencies and incomplete sentences. With The Education of Henry Adams: A Centennial Version, editors Edward Chalfant and Conrad Edick Wright have at long last returned this celebrated book to the author's vision. Combining close attention to the private printing's typesetting and editorial shortcomings with valuable insights into the history of the book and Adams's reasons for writing it, they have also inserted marginal corrections by Adams in his working copies of the 1907 printing. With an introductory note, an invitation to readers, and a postscript, they have both traced the text's own story and offered a compelling interpretation of the author's motives.