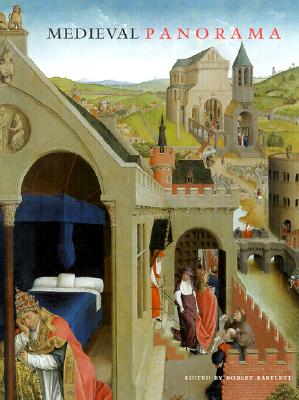 With more than eight hundred illustrations, Medieval Panorama is an all-encompassing visual re-creation of the medieval world: its peoples, its defining characteristics, indeed, its whole culture in the widest sense.
Every facet of the medieval world-from the fall of the Roman Empire to the dawning of the Renaissance-is covered in more than one hundred themes. Eight main sections encompass a range of subjects from religion through the structure of secular power, art and architecture, the daily life of ordinary men and women, philosophy and science, to an unusual emphasis on the imperfectly known world outside Europe. Specific topics include the papacy, monasteries, popular religion; kingship, knighthood, and courtly life; Gothic cathedrals; manuscripts; life on the land and in the city; cosmology, magic, and the romance of chivalry; the Moors, the Jews, and the mysterious East.
A biographical dictionary, timelines, maps, and a glossary, as well as illuminating cross-references to connect related topics, make Medieval Panorama an indispensable reference work for students, educators, travelers, and museum-goers.