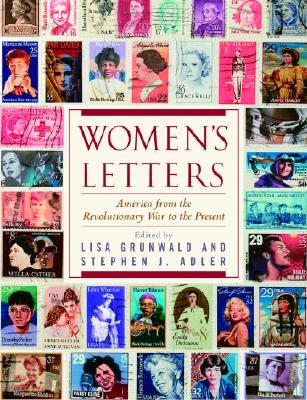 Historical events of the last three centuries come alive through these women's singular correspondences--often their only form of public expression. In 1775, Rachel Revere tries to send financial aid to her husband, Paul, in a note that is confiscated by the British; First Lady Dolley Madison tells her sister about rescuing George Washington's portrait during the War of 1812; one week after JFK's assassination, Jacqueline Kennedy pens a heartfelt letter to Nikita Khrushchev; and on September 12, 2001, a schoolgirl writes a note of thanks to a
New York City firefighter, asking him, "Were you afraid?"
The letters gathered here also offer fresh insight into the personal milestones in women's lives. Here is a mid-nineteenth-century missionary describing a mastectomy performed without anesthesia; Marilyn Monroe asking her doctor to spare her ovaries in a handwritten note she taped to her stomach before appendix surgery; an eighteen-year-old telling her mother about her decision to have an abortion the year after Roe v. Wade; and a woman writing to her parents and in-laws about adopting a Chinese baby.
With more than 400 letters and over 100 stunning photographs, Women's Letters is a work of astonishing breadth and scope, and a remarkable testament to the women who lived-and made-history.

Title: Women's Letters: America from the Revolutionary War to the Present