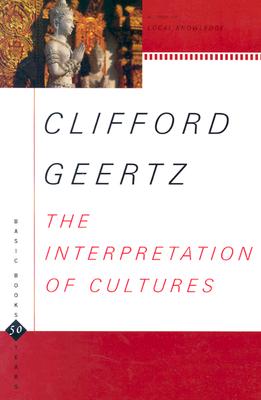 One of the twentieth century's most influential books, this classic work of anthropology offers a groundbreaking exploration of what culture is
With The Interpretation of Cultures, the distinguished anthropologist Clifford Geertz developed the concept of thick description, and in so doing, he virtually rewrote the rules of his field. Culture, Geertz argues, does not drive human behavior. Rather, it is a web of symbols that can help us better understand what that behavior means. A thick description explains not only the behavior, but the context in which it occurs, and to describe something thickly, Geertz argues, is the fundamental role of the anthropologist.

Named one of the 100 most important books published since World War II by the Times Literary Supplement, The Interpretation of Cultures transformed how we think about others' cultures and our own. This definitive edition, with a foreword by Robert Darnton, remains an essential book for anthropologists, historians, and anyone else seeking to better understand human cultures.