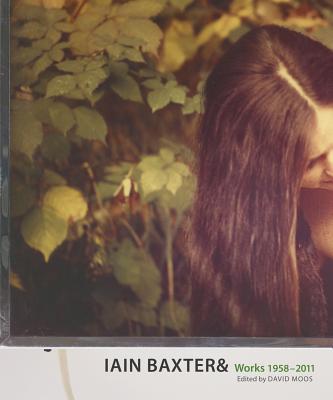 Iain Baxter legally changed his name to IAIN BAXTER& in 2005. He appended an ampersand to his name to underscore that art is about connectivity -- about contingency and collaboration with a viewer. He also effected the name change to perpetuate a strategy of self re-definition that is central to his creative project. BAXTER& began making art in the late-1950s under his birth name but quickly realized that the name itself was creative material, to be deployed, manipulated, and shared. In 1965, he formed a collaborative art-making entity which evolved into N.E. Thing Company, a corporate-styled entity whose co-presidents were BAXTER& and his wife Ingrid. Producing a diverse array of projects that encompassed conceptually based photography, pioneering works of appropriation art, and gallery transforming installations, the N.E. Thing Company offered a new model of art making, allowing the artists to remain anonymous and masquerade in the guise of business people.

Following the dissolution of N.E. Thing Company in 1978, BAXTER& produced extensive bodies of work with Polaroid film, created numerous installations that blended painting and sculpture, and made pedagogy a focus of his creative enterprise. Consistent themes permeate his work and vector through his thinking. And by assessing these themes -- a relentless emphasis on reaching out to the viewer, a core concern with ecology and the environment, and a belief that art must assume plural means and media -- one discerns BAXTER&'s creative credo, understanding that "art is all over."

This comprehensive book reviews BAXTER&'s remarkable career across all media. It accompanies a major international touring exhibition, which opened at the Museum of Contemporary Art, Chicago in November 2011 and at the Art Gallery of Ontario in April 2012. Featuring more than 160 reproductions of BAXTER&'s work, it also includes essays by the exhibition's curator, David Moos, along with contributions by Michael Darling (James W. Alsdorf Chief Curator, Museum of Contemporary Art, Chicago), Alex Alberro (Associate Professor, University of Florida), and others. The book will also feature a comprehensive bibliography compiled by Adam Lauder (W.P. Scott Chair for Research in E-Librarianship, York University).