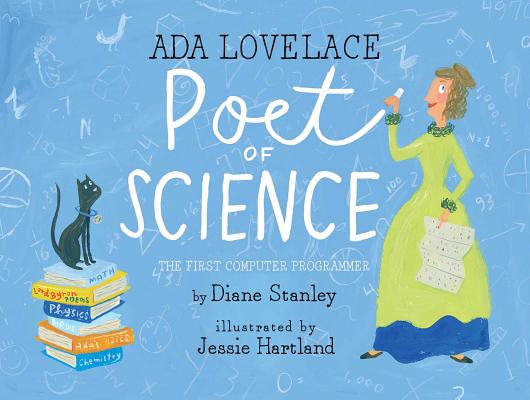 "Stanley has been delighting and informing readers with her biographies for years, and here, her considerable talents are once again on display...Hartland's charmingly busy art, reminiscent of Maira Kalman's work, is full of wit." --Booklist (starred review) From nonfiction stars Diane Stanley and Jessie Hartland comes a beautifully illustrated biography of Ada Lovelace, who is known as the first computer programmer. Two hundred years ago, a daughter was born to the famous poet, Lord Byron, and his mathematical wife, Annabella. Like her father, Ada had a vivid imagination and a creative gift for connecting ideas in original ways. Like her mother, she had a passion for science, math, and machines. It was a very good combination. Ada hoped that one day she could do something important with her creative and nimble mind. A hundred years before the dawn of the digital age, Ada Lovelace envisioned the computer-driven world we know today. And in demonstrating how the machine would be coded, she wrote the first computer program. She would go down in history as Ada Lovelace, the first computer programmer. Diane Stanley's lyrical writing and Jessie Hartland's vibrant illustrations capture the spirit of Ada Lovelace and bring her fascinating story vividly to life.