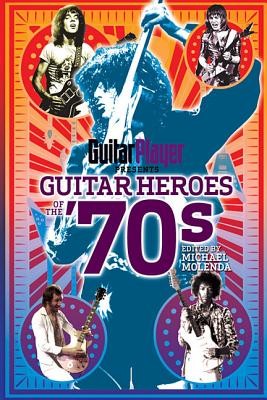 Launched in 1967 Guitar Player was the only guitar publication in existence when the '60s and '70s six-string explosion ignited across the globe. As a result Guitar Player interviewed scores of seminal guitar stars as the magic happened. Now Guitar Player has opened its archives to present a thrilling collection of articles that detail the equipment and tone explorations of transcendent guitarists such as Eric Clapton Jimi Hendrix Jimmy Page Jeff Beck Duane Allman Steve Howe Peter Green and many others. Every article originally appeared in the 1970s when these young guns were in the midst of conjuring world-changing guitar sounds riffs and musical concepts all building the foundation for what has become revered as classic rock. Anyone wishing to study the building blocks of what drove audiences to first utter the phrase Guitar Hero can now get the story straight from the players who earned the title.