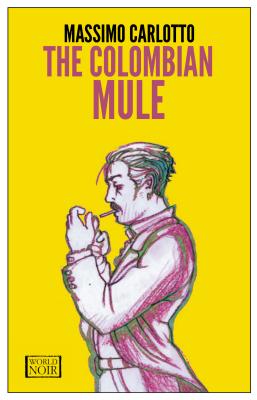 In The Colombian Mule, Carlotto brings to riveting life the story of Ar as Cuevas, who sets in motion a chain of bloody events when police catch him trying to carry a shipment of La T a's cocaine into Italy. The intended recipient of the coke appears to have been art smuggler Nazzareno Corradi. But Corradi has been set up. He hires "the Alligator" to get him out of the mess he's in. Meanwhile, La T a, a notoriously ruthless figure in the Colombian drug trade, is determined to move her operation to Italy, where cociane has beome all the rage among the professional classes. There's only one thing standing in her way: the Alligator. The Alligator, an ex-con turned investigator, and his two companions, former underworld heavy Baniamino Rossini and Max the Memory, are among Massimo Carlotto's most vivid noir creations. Together, the three men will wade deep into a criminal world of few scruples, testing their own strict and specific moral code along the way.