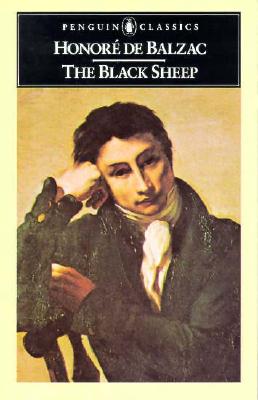 His elegantly-crafted tale of sibling rivalry, Honor de Balzac's The Black Sheep is translated from the French with an introduction by Donald Adamson in Penguin Classics. Philippe and Joseph Bridau are two extremely different brothers. The elder, Philippe, is a superficially heroic soldier and adored by their mother Agathe. He is nonetheless a bitter figure, secretly gambling away her savings after a brief but glorious career as Napoleon's aide-de-camp at the battle of Montereau. His younger brother Joseph, meanwhile, is fundamentally virtuous - but their mother is blinded to his kindness by her disapproval of his life as an artist. Foolish and prejudiced, Agathe lives on unaware that she is being cynically manipulated by her own favourite child - but will she ever discover which of her sons is truly the black sheep of the family? A dazzling depiction of the power of money and the cruelty of life in nineteenth-century France, The Black Sheep compellingly explores is a compelling exploration of the nature of deceit. Donald Adamson's translation captures the radical modernity of Balzac's style, while his introduction places The Black Sheep in its context as one of the great novels of Balzac's renowned Com die humaine.