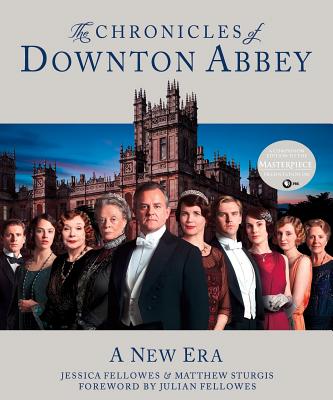 The Great War has ended, but Downton Abbey is far from peaceful...

"Americans can't get enough of 'Downton Abbey, '" said The Boston Globe. As Season 3 of the award-winning TV series opens, it is 1920 and Downton Abbey is waking up to a world changed forever by World War I. New characters arrive and new intrigues thrive as the old social order is challenged by new expectations.

In this new era, different family members abound (including Cora's American mother, played by Shirley MacLaine) and changed dynamics need to be resolved: Which branch of the family tree will Lord Grantham's first grandchild belong to? What will become of the servants, both old and new?

The Chronicles of Downton Abbey, carefully pieced together at the heart and hearth of the ancestral home of the Crawleys, takes us deeper into the story of every important member of the Downton estate.This lavish, entirely new book from Jessica Fellowes focuses on each character individually, examining their motivations, their actions, and the inspirations behind them. An evocative combination of story, history, and behind-the-scenes drama, it will bring fans even closer to the secret, beating heart of the house.