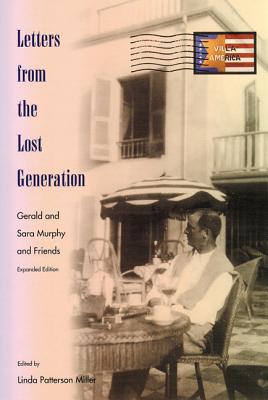 "Excellent. This is a fine, and unusual, collection of literary Americana."--Atlantic

This is the story of one of the most famous literary "sets" of the twentieth century. Gerald and Sara Murphy were at the center of a group including Ernest Hemingway and his wives, F. Scott and Zelda Fitzgerald, John Dos Passos, Archibald MacLeish, Dorothy Parker, Alexander Woollcott, Robert Benchley, Phillip Barry, and many others. They personified the jazz age and the lost generation. The Murphys have been viewed primarily as cult/pop figures. In this book Miller shows, through a sequential interweaving of letters from several correspondents, that they actually were the nucleus without which the group as we know it would not have stayed together. Miller allows the individual correspondents to tell their own stories, providing new insights into their lives and this era. It is the best sort of eavesdropping.

Gerald and Sara Murphy married on December 30, 1915. Both families were moneyed and cosmopolitan. Their attraction to each other was in part based on their desire to escape the routine and predictable social rounds in which their families were immersed. Against their families' wishes, they and their three children left for Europe in 1921. They remained in France for over a decade, and quite naturally socialized with the expatriate set. They were, in part, models for Dick and Nicole Diver in Tender Is the Night. MacLeish wrote poems about them, their friends paid tribute to them and relied on them day to day and in correspondence, and their own letters are worth reading for their liveliness and because they so well preserve a record of the twenties and thirties.

Miller provides nearly every extant letter between the Murphys and their friends during those decades. Most of them have not been published previously, and of course, they have never been presented collectively. Together, they constitute an epistolary "novel" of peculiar power and authenticity about a remarkable era.

Title: Letters from the Lost Generation: Gerald and Sara Murphy and Friends