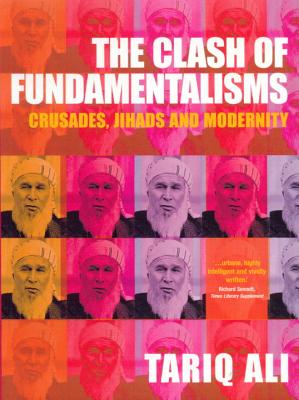 The aerial attacks on the Pentagon and the World Trade Center, a global spectacle of unprecedented dimensions, generated an enormous volume of commentary. The inviolability of the American mainland, breached for the first time since 1812, led to extravagant proclamations by the pundits. It was a new world-historical turning point. The 21st century, once greeted triumphantly as marking the dawn of a worldwide neo-liberal civilization, suddenly became menaced. The choice presented from the White House and its supporters was to stand shoulder-to-shoulder against terrorism or be damned.

Tariq Ali challenges these assumptions, arguing instead that what we have experienced is the return of History in a horrific form, with religious symbols playing a part on both sides: 'Allah's revenge, ' 'God is on Our Side' and 'God Bless America.' The visible violence of September 11 was the response to the invisible violence that has been inflicted on countries like Afghanistan, Pakistan, Iraq, Saudi Arabia, Egypt, Palestine and Chechnya. Some of this has been the direct responsibility of the United States and Russia. In this wide-ranging book that provides an explanation for both the rise of Islamic fundamentalism and new forms of Western colonialism, Tariq Ali argues that many of the values proclaimed by the Enlightenment retain their relevance, while portrayals of the American Empire as a new emancipatory project are misguided.