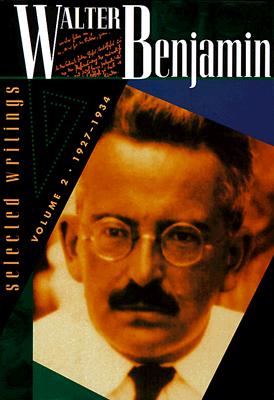 In the frenzied final years of the Weimar Republic, amid economic collapse and mourning political catastrophe, Walter Benjamin emerged as the most original practicing literary critic and public intellectual in the German-speaking world. Volume 2 of Selected Writings, covering the years 1927 to 1934, displays the full spectrum of Benjamin's achievements at this pivotal stage in his career.

Previously concerned chiefly with literary theory, Benjamin during these Years does pioneering work in new areas, from the stud of popular Culture (a discipline he virtually created) to theories of the media and the visual arts. His writings on the theory of modernity-most of them new to readers of English--develop ideas as important to an understanding of the twentieth century as an contained in his widely anthologiied essay "The Work of Art in the Age of Technological Reproducibility.

This volume brings together previously untranslated writings on major figures such as Brecht, Valery and Gide, and on subjects ranging from film, radio, and the novel to memory, kitsch, and the theory of language. We find the manifoldly inquisitive Benjamin musing on the new modes of perception opened tip by techniques of photographic enlargement and cinematic montage, on the life and work of & Goethe at Weimar, on the fascination of old toys and the mysteries of food, and on the allegorical significance of Mickey Mouse.