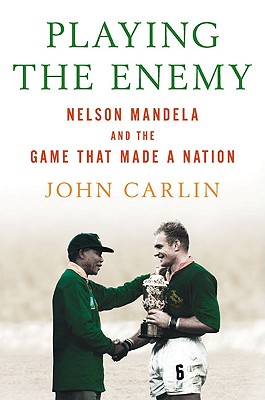 In 1985, Nelson Mandela, then in prison for twenty-three years, set about winning over the fiercest proponents of apartheid, from his jailers to the head of South Africa's military. First he earned his freedom and then he won the presidency in the nation's first free election in 1994. But he knew that South Africa was still dangerously divided by almost fifty years of apartheid. If he couldn't unite his country in a visceral, emotional way--and fast--it would collapse into chaos. He would need all the charisma and strategic acumen he had honed during half a century of activism, and he'd need a... View more info 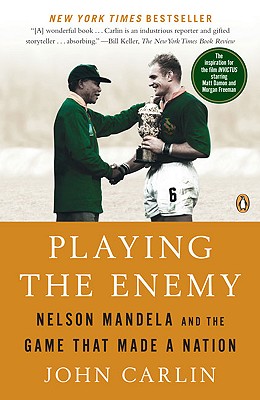 Playing The Enemy: Nelson Mandela and the Game that Made a Nation

Beginning in a jail cell and ending in a rugby tournament- the true story of how the most inspiring charm offensive in history brought South Africa together After being released from prison and winning South Africa's first free election, Nelson Mandela presided over a country still deeply divided by fifty years of apartheid. His plan was ambitious if not far-fetched: use the national rugby team, the Springboks-long an embodiment of white-supremacist rule-to embody and engage a new South Africa as they prepared to host the 1995 World Cup. The string of wins that followed not only defied the... View more info