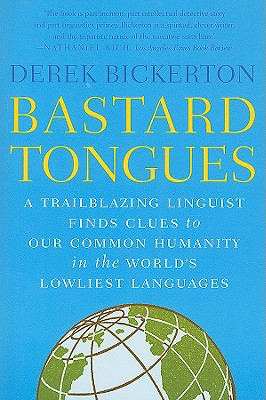 "Bastard Tongues "is an exciting, firsthand story of scientific discovery in an area of research close to the heart of what it means to be human--what language is, how it works, and how it passes from generation to generation, even where historical accidents have made normal transmission almost impossible. The story focuses on languages so low in the pecking order that many people don't regard them as languages at all--Creole languages spoken by descendants of slaves and indentured laborers in plantation colonies all over the world. The story is told by Derek Bickerton, who has spent more than... View more info